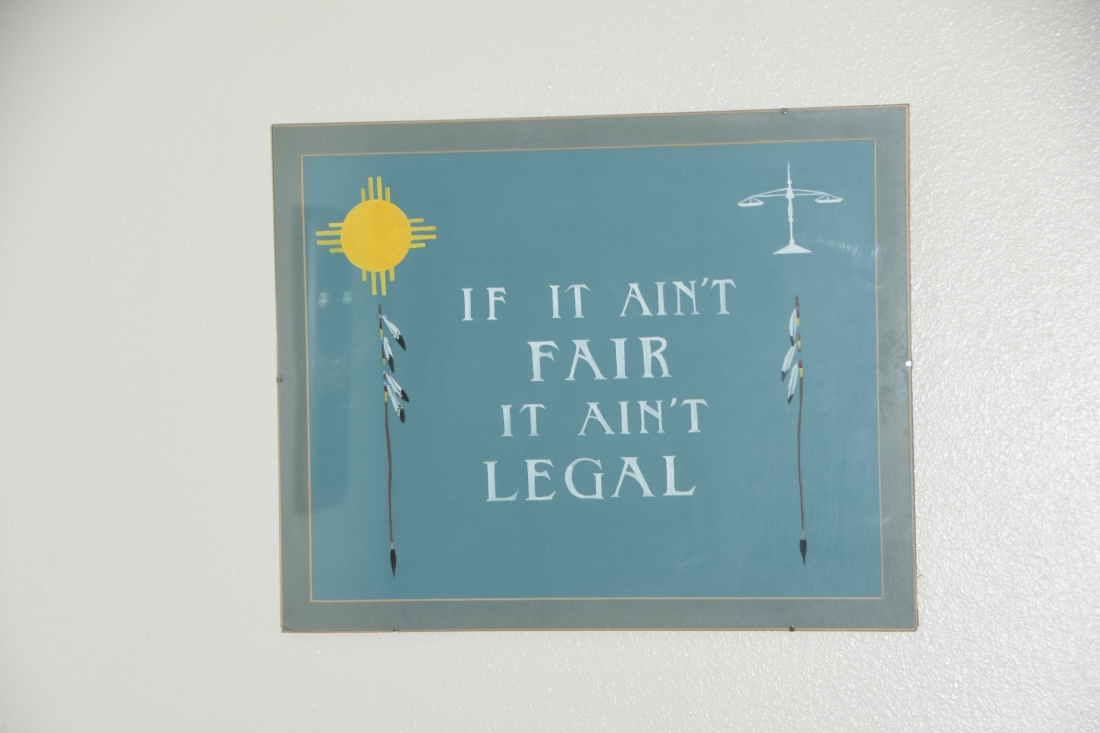 1966, San Angelo, Texas. Summer, or what felt like it on the sun-hammered flat wide. Late afternoon, a dive bar that mixed low-alcohol beer with Tabasco and tomato juice in its trademark “red bird.”

A bartender responded with innocent surprise when a patron remarked that dousing bowls of popcorn with chili powder revved up drinkers’ thirst. “Now, is that a fact?”

The city fathers forbade hard liquor so tipplers drove fast to the next county for the harder stuff, brilliantly effective for drunk driving. This was one of the more exciting pastimes available, along with the flashy thrills of climbing on our barracks roofs at Goodfellow Air Force Base to watch thunderstorms crash and crush.

Onstage in the bar sat a tall thin guy with a guitar and calm, twinkly charm. He was among friends; fellow military guys from Goodfellow where we trained in radio intelligence.

When applause rewarded a song, singer Woody Smith waved it off. “What I do best is pick fly shit out of pepper with boxing gloves on.”

For all the fun he has had making music and telling jokes, what he did best was at a different sort of bar. Over 40 years in court-rooms, Woody Smith was a public defender, prosecutor and judge.

Woody grew up in Carlsbad where his dad worked in the potash mines. Woody did, too, but he also waited tables in the snack bar at the famous caverns. One day, a feud with his cook erupted in the dining room to the consternation of a hungry family. The cook prepared what looked like the cheeseburgers everybody ordered. But when Woody served them, the confused dad beckoned him back and lifted his bun top. It was empty. The dad looked quizzically up at Woody as if the question was too obvious to need asking: Where were the burgers?

Woody helpfully explained, “Maybe you should have ordered the deluxe.”

Before the dad could react, Woody brought out his manager who comped the family’s cheeseburgers, fries and drinks.

After radio-spy school in Texas, we moved around the world, in uniform. I spent a year on the Black Sea coast of Turkey before I joined Woody and other pals already stationed on a Navy base between Tokyo and Yokohama. We all lived in nearby villages, graciously welcomed by our Japanese neighbors despite overloud stereos and other frat-brat misbehavior. In our “battle of the bands,” we cranked up warring stereos in different rooms.

Woody lived nearby, so we partied together some. Once Bob Brown, drunk and over-confident in his navigational skills, mistook a maternity hospital for the home he shared with Woody and other sailors. Bob made himself comfortable, climbing into a delivery-room bed with a laboring mother to be. At his court-martial, the judge told Bob the Navy “takes a dim view of sailors acting like hairy monsters.”

Woody’s post-Navy path seemed more direct than the erratic trajectory most of us followed. We mostly blundered around; Woody went to law school.

A framed motto in his home on an east Albuquerque cul-de-sac proclaims his judicial philosophy: “If it ain’t fair, it ain’t legal.”

Before his bench, as he once explained, “First I identify the ass-hole; then I use the law to make sure they don’t win.”

Sometimes this was easy.

When a woman sued a neighbor over her constantly-barking dogs, the defendant brought a box of cassette tapes to court. Judge Woody asked what was on the tapes. She said it was the sound of her dogs – not barking. Judge Woody pointed out that could be the sound of anybody’s dogs, not barking. So she called a witness. She spoke in a normal tone, and when nothing happened she gave a loud shout. “Mister MENDOZA!” Some shouts later, an old, clearly deaf man rose and headed for the witness stand.

Judgement for the plaintiff.

As a prosecutor, Woody laughed when jail inmates mooned him as he walked to his courtroom.

I only once saw him there, in action. When our fellow Navy vet John Collins, his partner Sally and I visited his courtroom years ago, he was assuring the accused that DWI is a serious offense. This observation grew increasingly ironic.

“I’ve got nothing on under this robe,” he announced, leaving the bench after the trial. He actually wore a Rolling Stones T-shirt and jeans.

We lunched at Sadie’s in a nearby bowling alley, with beers. Then, we all boarded Woody’s spacious Chrysler sedan. Worried that thirst might overtake us on our ramble, he stopped at a drive-through for a six-pack that was gone before we arrived at a bar in Bernalillo.

There we settled into lazy wet afternoon. We shot lots of pool, badly, draining pitchers of draft beers and playing the same song over and over on the jukebox – a lively Mexican polka, “La Gallina.” The guys at the bar – we bought their pitchers, too – told us it meant “The Hen;” but it also means “funk” – which makes more sense.

Woody then drove us back to Albuquerque, dropped us off for naps and a late dinner while he went home to practice, then pack up his sax.

He picked us up at dusk and drove us to our third bar of the day, if you count Sadie’s. In retrospect, I surely would.

There, he climbed onstage with his band the Tube Worms. Every seat in the place was full but a barstool held vacant by a sign memorializing Chuy, its deceased occupant.

Woody and the guys had and delivered a high old time, playing rock and roll classics loose, fast and rowdy. Time flowed fast as the riffs and I was surprised on arriving back at John and Sally’s place to find it was 2 a.m.

I don’t know if Woody had court the next day.

As busy as his docket ever got, he never gave up music. For years, he led a crew he called the Woodpeckers in bars around Albuquerque and surrounding towns. And they opened for some stars at the Kino, an art-deco movie palace downtown.

Rolling Stones saxophonist Bobby Keys played some of those gigs; as I found during a September reunion in Albuquerque with Navy vet/radio-spy friends including Judge Woody. He handed me a gleaming Virtuoso alto sax Keys had gifted him, for a magical/religious moment.

Keys played with the Stones for decades, though they fired him during the “Exile on Main Street” (released in May 1972) sessions in Keith Richards’s basement studio in the south of France. Mick Jagger took umbrage when they wanted to record a sax part but Keys couldn’t be found. He was discovered enjoying himself in a bathtub he’d filled with Dom Perignon. He and two women friends were all naked there, “nekkid,” as Woody likes to say. Richards laughed and wanted to let Keys sober up and play but Jagger insisted that Keys be booted.

Years later, the Stones rehired Keys. As Richards told Rolling Stone after Keys died in 2014, “…The Stones were rehearsing for another tour. This was 1980-something, and I bought Bobby a ticket and said, Just get your ass here. When we rehearse ‘Brown Sugar,’ just sneak up and do the solo, man. Once we did ‘Brown Sugar,’ Bobby hit the solo and then I looked at Mick like, You see what I mean, Mick? And Mick looked at me and says, Yeah, you can’t argue with that. Once he just played those few notes, there really was no question. So Mick relented and said, Okay, let’s get Bob back in the band.

Keys played on a dozen Stones albums and dozens more by artists from Ringo and B.B. King to Carly Simon and Leo Sayer.

When the Stones played in Albuquerque on their “A Bigger Bang” world tour (2005-06), they paid Keys $15,000 for that night’s work. Then Judge Woody picked him up, buzzed him across town to play a dive bar with the Woodpeckers.

Woody told this tale at a late-September recent reunion in Albuquerque that brought together half a dozen old-friend Navy vets, some with our wives/patient partners. Some of us hadn’t seen others of us in 40 or 50 years, and we chose Albuquerque in deference to the two vet residents: Woody and John Collins.

We shared memories of the same episodes remembered differently and vice versa; tall tales of high times, and low.

And we recalled how we’d variously bridged big gaps in time and distance – most recently last fall when five of us assembled in Newville at the Herkimer County farmstead where my wife Ellie grew up and which she and some siblings still own.

Once Steve Bouck had Amtrak’ed from Seattle across country unannounced to Schenectady where Ellie and I found him sun-bathing in Riverside Park. John Collins showed up once, also unannounced, in a new pick-up. We hung around drinking reunion beers just long enough to be in the right place at the right time to paddle my birthday-gift canoe along the Watervliet Reservoir and rescue two capsized paddlers. One was going down for what would likely have been the last time, so I felt pretty proud of us until John suggested the guy we’d saved could now fulfill his destiny as a serial killer.

Years before that, Woody and John visited me in a Hamilton Hill hippie flat where I lived with many housemates. We all went to Union College to see John McLaughlin’s Mahavishnu Orchestra all but level the Memorial Chapel – one of the loudest concerts I ever heard. Woody and John were en route home from travels in the Soviet Union, including Russia, Uzbekistan, Tadzhikistan, maybe other -stans.

Some years later, I visited them both often in Albuquerque on side-trips from visiting Ellie who taught for 10 years at the Anne Hyde Institute of Design near Rocky Mountain National Park in Colorado. One of her students was Kim, then-wife of rocker Steve Miller who played Red Rocks during her term and sent a limo to pick her up.

Those Albuquerque side-trips took me with son and traveling companion Zak to the Green Corn Dances at Santo Domingo Pueblo (every August 4th for hundreds of years) and other pueblo visits. We tent-camped in Chaco Canyon and on the shores of Heron Lake and enjoyed tasty times in Mexican restaurants around town. When asked my favorite meal, I still say: “A combination plate (three cheese enchiladas, a bean burrito, rice, beans and lettuce-tomato salad) at Los Cuates, an Albuquerque eatery run by twin sisters.

Once on a visit to Woody’s place, his daughter Ramona, then maybe 10 years old, told us why she’d awakened her younger sister. She said, “I accidentally screamed” – an explanation we use in our family to this day to wave off any mishap.